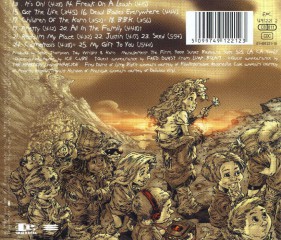 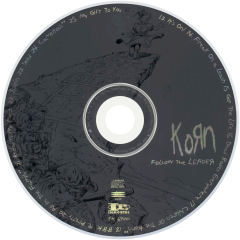 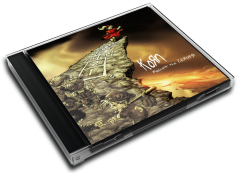 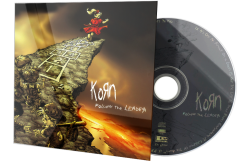 Follow the Leader is the third studio album by American nu metal band Korn. The album was released on August 18, 1998, through Immortal/Epic. This was their first album not produced by Ross Robinson. Instead, it was produced by Steve Thompson and Toby Wright.

The album peaked at number one on four charts, including the Billboard 200 with 268,000 units sold in its first week of release, and is often credited with bringing nu metal to the mainstream. The album received a 5x Platinum certification in the United States as well as a 3x Platinum in Australia and Canada. Its singles "Got the Life" and "Freak on a Leash", both charted on more than three charts, and their music videos are considered to be the first music videos retired from MTV. The album generally received positive reviews by critics. Korn was praised by Allmusic saying the album is "an effective follow-up to their first two alt-metal landmarks."

The Family Values Tour promoted the album, along with its five singles. The song "Freak on a Leash" was nominated for nine MTV Video Music Awards, and won for the Best Rock Video award, as well as Best Editing. The music video for "Freak on a Leash" won Best Short Form Music Video at the 2000 Grammy Awards. Follow the Leader has sold over 14 million copies, making it Korn's most successful album.