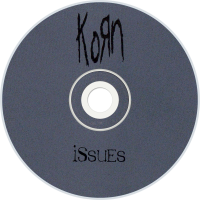 Issues is the fourth studio album by American nu metal band Korn, released on November 16, 1999 through Immortal Records. Since its release, the album has sold over 11,000,000 copies worldwide. The album was promoted throughout 2000 by the band's highly successful Sick and Twisted Tour.