Korn III: Remember Who You Are 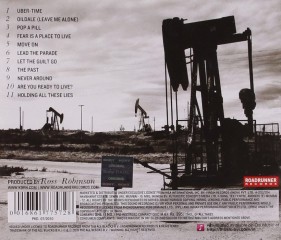 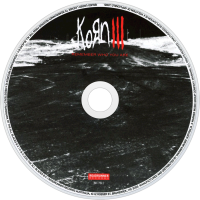 Korn III: Remember Who You Are is the ninth studio album by American rock band Korn, released on July 13, 2010. The album recorded performances of the four-piece band, without the use of Pro Tools or editing-this was unlike Korn's following albums. Vocalist, Jonathan Davis, stated that the album is "simple" due to the absence of the multi-layered effect present in Korn's other albums; Davis added that, instead, the album is "about the vibe." The band hired producer, Ross Robinson, who had produced Korn's first two albums, while drummer, Ray Luzier, was appointed a permanent member of the band (Luzier was formerly a live "fill-in" drummer).

User Album Review
With their chunky riffs, funk-tinged five-string bass work and angsty lyrical content, Bakersfield, California’s Korn had a revolutionary effect on the international metal scene when they released their self-titled 1994 debut. It was not, of course, the first time that musicians had set out to marry metal with hip hop and funk, but Korn’s synthesis of down-tuned guitars, choppy grooves and serial killer shtick ”“ not to mention the recording acumen of producer Ross Robinson ”“ was perhaps the key influence on the style that would become known as nu-metal.
Fifteen years later, and while Korn have displayed appealing eccentricity ”“ singer Jonathan Davis remains unafraid to whip out a set of bagpipes ”“ and occasional experimental impulses (best seen on 2005’s See You on the Other Side) their sound remains largely stuck in that 90s formula. To be fair, Remember Who You Are ”“ the group’s ninth album ”“ is pitched as a back-to-basics effort, reuniting the band with Robinson and stripping away Pro Tools production for a raw, deliberately gloss-free feel. And at times, it’s a recipe that still yields results: it’s hard to argue with the abattoir chunder of Pop a Pill, which matches busy, tumbling percussion and atonal guitar clangs with a surprisingly yearning, new romantic tinged chorus: “This is way beyond me / I can't live without you today,” sings Davis, almost sweetly.
Regretfully, though, Robinson’s production is not the shot in the arm that Korn need. The shock of the new that the band had back in the mid-90s is long faded, and while the group approach the new songs with vigour, the likes of Move On and Never Around suffer from their limited palette. Songs like Lead the Parade, which hitches light, skippy verses to a dirgey, bagpipe-slathered chorus, play to the band’s strengths. But it’s hard to shake the feeling that whereas some of Korn’s peers ”“ the likes of Slipknot and Marilyn Manson ”“ have produced focused, engaging twists on a formula, Remember Who You Are is the sound of a band not so much rediscovering their past as recycling it.