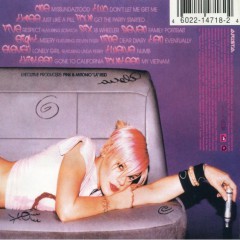 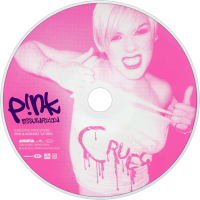 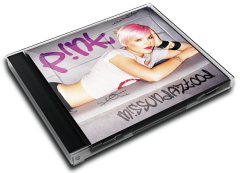 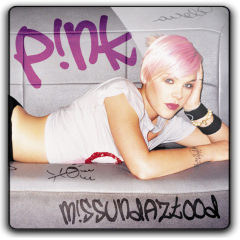 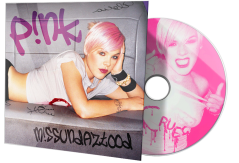 User Album Review
Flushed with success from giving it some "Lady Marmalade" with Christina Aguleria and Lil' Kim and the current smash, "Get The Party Started", Pink is already one of the brightest hopes for the year. Missunderztood is a bold leap from her debut, Can't Take Me Home. The R'n'B/Hip Hop roots are still strong but this predecessor far excels in versatility. Here Pink drives her van full of attitude on a journey through sassy pop, bluesy Sheryl Crow rock and deep and meaningful acoustic guitar led ballads.
"Get The Party Started", with its infectious sentiment and catchy rhythm is a fantastic opener. Writing credits for Linda Perry of dodgy one-hit wonders 4 Non Blondes may raise a dubious eyebrow initially, but Pink's faith in her childhood idol has paid off as it is Perry's contributions that make up many of the highlights. With songs like title track "Missunderztood", a quirky bobbing, country-tinged ditty of self-assurance and "Dear Diary" with its weird confessionals, we see Pink getting personal. Boys and romance are off the menu now; this is about serious redefining. Not too serious, mind. Mixed in with the blend of pure R'n'B ("Everything") she was previously known for are genre leaping nuggets like "Numb" (full on grundgy-electro rock) whereas "Respect" falls halfway between a grown up Daphne and Celeste and an Aretha Franklin homage to womanhood.
For all those that buy this on the strength of 'Get The Party Started', it shouldn't disappoint, but there may still be the odd shocking moment. "Misery" is just that& With rock dinosaur Steve Tyler of Aerosmith fame bought in to croak a few backing vocals, it steps a bit too close to comfort to Rod Stewart ballad territory. Although the remainder of Missunderztood may not be quite so instant and radio-friendly, there's enough humour, sassy attitude and booty shaking potential to satisfy. Looks like Pink is going to be very in this season!