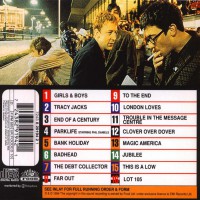 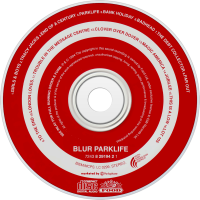 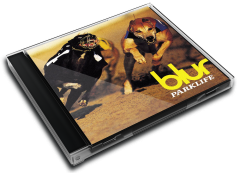 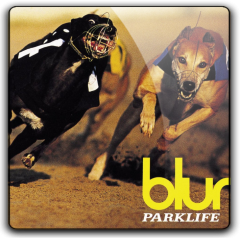 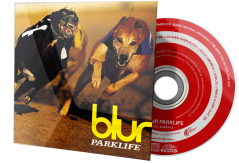 Parklife is the third studio album by the English alternative rock band Blur, released in April 1994 on Food Records. After disappointing sales for their previous album Modern Life Is Rubbish (1993), Parklife returned Blur to prominence in the UK, helped by its four hit singles: "Girls & Boys", "End of a Century", "Parklife" and "To the End". Certified quadruple platinum in the United Kingdom, in the year following its release the album came to define the emerging Britpop scene. Britpop in turn would form the backbone of the broader Cool Britannia movement. Therefore Parklife attained a cultural significance above and beyond its considerable sales and critical acclaim, cementing its status as a landmark in British rock music.

User Album Review
Before Damon Albarn became every inch the multi-faceted post-modern Renaissance man, Blur was his sole passion and Parklife from 1994 remains their finest work. Recorded between November 1993 and January 1994 in London, Parklife captured the zeitgeist in a manner few other albums have.
Their second album after the group's wholehearted embracing of British popular culture (the critically-lauded, commercially underperforming Modern Life Is Rubbish the first), with its Walthamstow dog track-adorned sleeve, Parklife was where Britpop began, with its series of well-crafted songs that re-tooled the writing of Ray Davies and Paul Weller for the 90s. Albarn – supported ably by guitarist Graham Coxon, bassist Alex James and drummer Dave Rowntree – mapped out Blur’s territory as cultural tourists: chroniclers of the mores and foibles of the modern world, be it presciently with gender confusion, binge-drinking and the genesis of chav culture (all on “Girls And Boys”), pre-millennial tension and growing older (“End Of A Century”) or the renaissance of England’s capital city (“London Loves”, “Parklife”). Even the album’s nonsense (“The Debt Collector”, or James’ Syd Barrett tribute, “Far Out”) serves to bolster the flow. However, it is the touching closer “This Is A Low” which steals the show, taking something as quintessential parochial as the shipping forecast and turning it into compelling, poetic pop.
Around the same period, Oasis released their first material. Soon, Britpop would have its Beatles and its Stones, with endless column inches scrutinising their lives and rivalries. Before all that, and regardless of what it all became, we still have this exemplary record.