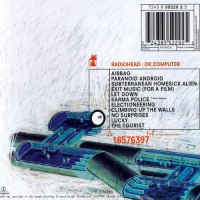 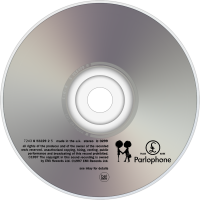 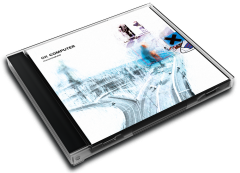 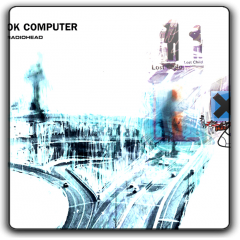 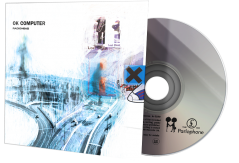 OK Computer is the third studio album by the English alternative rock band Radiohead, released on 16 June 1997 on Parlophone in the United Kingdom and 1 July 1997 by Capitol Records in the United States. OK Computer was the first self-produced Radiohead album, with assistance from Nigel Godrich. Radiohead recorded the album in Oxfordshire and Bath between 1996 and early 1997, with most of the recording completed in the historic mansion St. Catherine's Court. The band made a deliberate attempt to distance themselves from the guitar-oriented, lyrically introspective style of their previous album, The Bends. OK Computer's abstract lyrics, densely layered sound and wide range of influences laid the groundwork for Radiohead's later, more experimental work.

On delivery to Capitol, label representatives lowered their sales estimates because the album was deemed uncommercial. Nevertheless, OK Computer reached number one on the UK Albums Chart and became Radiohead's highest album entry on the American charts at the time, debuting at number 21 on the Billboard 200. Three songs from the album-"Paranoid Android", "Karma Police" and "No Surprises"-were released as promotional singles. The album built on the band's worldwide popularity and has to date sold over 4.5 million copies.

OK Computer received considerable acclaim upon release. Prominent British and American rock critics predicted the album was epochal and would have far-reaching cultural impact. In subsequent years, the album has been frequently cited by critics as one of the greatest albums ever recorded. OK Computer initiated a shift away from the height of Britpop's popularity to the more melancholic and atmospheric style of alternative rock prevalent in the next decade. Critics and fans often remark on the underlying themes found in the lyrics and artwork, emphasising Radiohead's views on rampant consumerism, social alienation and political malaise; in this capacity, OK Computer is often interpreted as having prescient insight into the mood of the 21st century. An LP reissue in 2008 contributed to a popular revival of vinyl records, and an expanded CD reissue in 2009, apparently released without the band's foreknowledge or permission, brought renewed attention to the album and its legacy.

User Album Review
As an occasional admirer of this band, I’ve never quite got my head around the fact that OK Computer is considered by many (British) music fans to be one of the Greatest Albums of All Time. On its release, I listened to it just once and, unmoved, moved on. Ten years after its release, OK Computer’s slow-growing appeal has finally worked its magic. I still wouldn’t rate it as a desert island disc, but it is undeniably a great album, well deserving of the ‘classic rock’ tag.

Recorded during the dying days of Conservative rule in the UK, perhaps it was the despairing-yet-hopeful tone and the theme of alienation that captured the Zeitgeist of the time. Intelligent without being intellectual, and political (Electioneering) yet never literal or linear enough to be hectoring, it also must have represented a sophisticated alternative to mainstream Britpop, which by then had lost much of its spark. The ‘prog rock for the nineties’ tag that some critics lumbered it with doesn¹t really stand up, even if the three-part structure and ambition of “Paranoid Android” does have more than a whiff of Queen’s “Bohemian Rhapsody” about it. But contrasted with the muscular economy of the opening “Airbag” and the wonderfully evocative, saturated soundscape of “Subterranean Homesick Alien”, it makes perfect sense as part of a seamless sequence that runs all the way (via tunes as memorable as “Karma Police” and “No Surprises”), to the emotionally bruised finale of “The Tourist”. This is one of those rare albums that can be listened to as a single piece of music.

The dense instrumental textures never seem over-stuffed and are wide-ranging and often thrilling, driven by Phil Selway¹s meaty drumming, layered with growling guitars and the varied use of keyboards, synthesisers and electronic treatments. Tom Yorke’s dread-filled voice will get on some peoples’ nerves. It sometimes rises into a trademark falsetto and is often partly buried in the mix, but when it emerges, there are none of the usual boy-meets-girl cliches. And for that, we must be thankful.