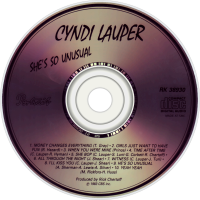 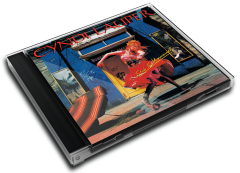 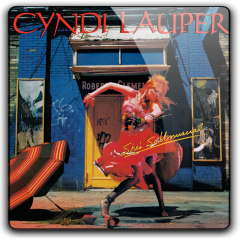 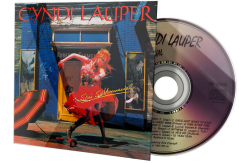 She's So Unusual is the debut studio album by American pop singer-songwriter Cyndi Lauper. Released in 1983 by Portrait Records, the album catapulted Lauper to stardom with such hits as "Girls Just Want to Have Fun", "Time After Time", "She Bop", "All Through the Night", and "Money Changes Everything". All five singles reached the top thirty of the Billboard Hot 100, with first four singles of them becoming Top 5 hits. Lauper thus became the first female singer to have four top five singles on the Hot 100 from one album .

Upon its release, the album received generally positive reviews from music critics. The album earned Lauper several awards and accolades, including two Grammy Awards at the 27th Grammy Awards, one of which was for Best New Artist. She's So Unusual peaked at number four on the Billboard 200 chart and stayed in the chart's top forty for sixty-five weeks. It has sold over 6 million copies in the United States and 16 million copies worldwide. This makes it Lauper's best-selling album to date and one of the best-selling albums of the 1980s decade. The album was the second best-selling album in Canada by a female artist in 1980s, behind, Whitney Houston's Whitney Houston, sold more than 900,000 copies in the country.