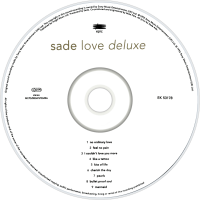 Love Deluxe is the fourth studio album by the English group Sade. It was released in the United Kingdom on 11 November 1992 and in the United States on 20 October 1992 by Epic Records.