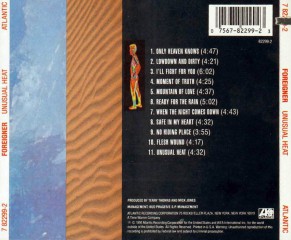 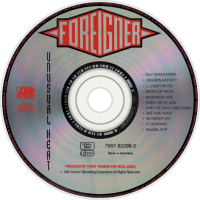 Unusual Heat is the seventh studio album by American rock band Foreigner, released in 1991. By now original frontman Lou Gramm had parted company with the band and had been replaced by original Wild Horses singer Johnny Edwards. The album was a commercial failure and Gramm returned to the band the following year.