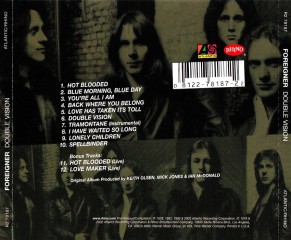 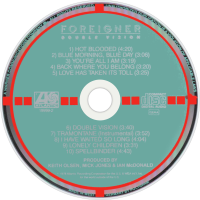 Double Vision is the second studio album by British/American rock band Foreigner, released in 1978. It features the band's signature song "Hot Blooded", which peaked at #3 on the Billboard Hot 100. The title track was also a major hit, peaking at #2.
"Hot Blooded" is featured as downloadable content for Guitar Hero World Tour and Rock Band 3.
"Blue Morning, Blue Day" is available as downloadable content for the Rock Band series.
"Tramontane" was also the band's only instrumental to be released on a Foreigner studio album.