The Wild, the Innocent & the E Street Shuffle 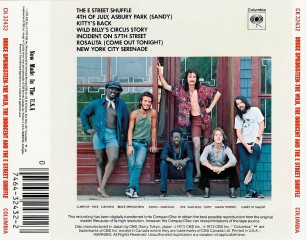 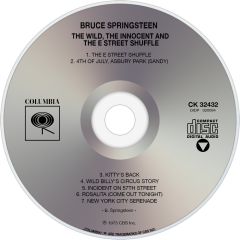 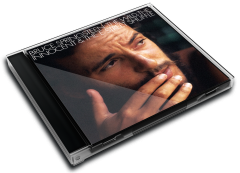 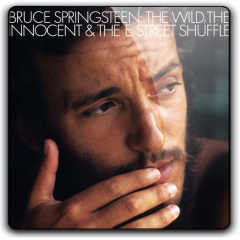 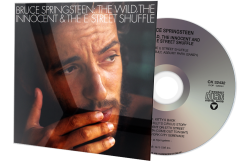 "The Wild, the Innocent & the E Street Shuffle" is the second album by Bruce Springsteen and the as-yet-unnamed E Street Band, and is described by Allmusic as "one of the greatest albums in the history of rock & roll." It was released in 1973. The album includes the song "Rosalita (Come Out Tonight)," the band's most-used set-closing song for the first 10 years of its career.

As with Springsteen's first album, it was well-received critically but had little commercial success at the time. However, once Springsteen achieved popularity with Born to Run, several selections from this album became popular FM radio airplay and concert favorites.

In 2003, the album was ranked number 132 on Rolling Stone magazine's list of the 500 greatest albums of all time. While Allmusic refers it to: "flawless piece of music" and of the album as a whole as "one of the greatest albums in the history of rock & roll"!

On November 7, 2009, Springsteen and the E Street Band played the album in its entirety for the first time ever in a concert at Madison Square Garden.

User Album Review
"And the kids down there, either dancing or hooked up in a scuffle
Dressed in snakeskin suits, packed with Detroit muscle
They're doing the E Street shuffle"


Bruce Springsteen's second album found him at a pivotal point in his development. The most musically expansive record of his career, THE WILD, THE INNOCENT & THE E STREET SHUFFLE found Bruce beginning to find his own sound, moving beyond the Dylan-meets-Van Morrison folk-rock of his debut. Though the signature Spector-on-steroids E Street Band sound wouldn't fall fully into place until the next album, this one sounds like a sudden realisation of a universe of musical possibilities. While this is solidly a rock record, there are hints of jazz, blues, soul, Latin music, and more. This would be the only time the cinematic vistas of Springsteen's early lyrics were matched by equally impressionistic music. "Wild Billy's Circus Story" marks the point on wildly divergent career paths when Springsteen and Tom Waits seemed to intersect. "4th of July, Asbury Park" and "Rosalita (Come Out Tonight)" are unlike anything that had come before them, story-songs full of shifts in tone, dynamics, and mood that are as surprising as they are evocative. Springsteen hadn't yet transformed into the Rock God he'd soon become, but THE WILD, THE INNOCENT... clearly shows him already well on his way.