07) Meeting Across the River 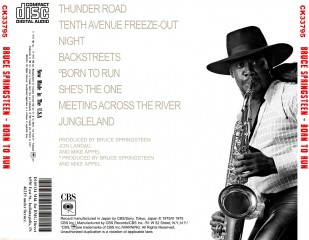 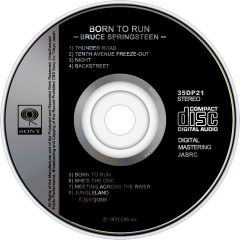 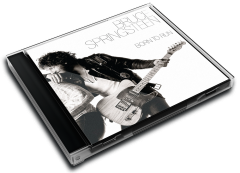 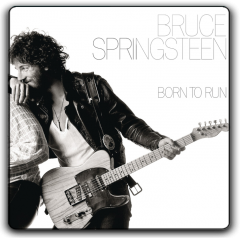 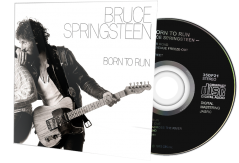 “I saw rock 'n' roll future and its name is Bruce Springsteen.”

Born to Run is the third album by the American singer-songwriter Bruce Springsteen. It was released on August 25, 1975 through Columbia Records. It captured the heaviness of Springsteen's earlier releases while displaying a more diverse range of influences.

With this album, Springsteen finally achieved what had eluded him with his first two: both critical and commercial success. Tracks like "Born To Run," "Tenth Avenue Freeze-Out," "Jungleland" and "Thunder Road" have since become classic rock standards. Where his first albums had been recorded on the cheap in less than a week, this one took more than a year. Columbia Records made a huge investment in producing and promoting the album, considering it Springsteen's last chance to make it big. The investment paid off, as the album is now in the Library of Congress registry of historic recordings.

Born to Run was a critical and commercial success and became Springsteen's breakthrough album. It peaked at number three on the Billboard 200, eventually selling six million copies in the US by the year 2000. Two singles were released from the album: "Born to Run" and "Tenth Avenue Freeze-Out"; the first helped Springsteen to reach mainstream popularity. The tracks "Thunder Road" and "Jungleland" became staples of album-oriented rock radio and Springsteen concert high points.

It entered the album chart three times: when it was released, ten years later when Born In The U.S.A. was released, and again in 2005 when the 30th anniversary edition was released.

User Album Review
Born To Run’s eight songs run to less than 40 minutes in length, but comprise a whole as satisfying as a portion of exquisitely rich chocolate cake. It seems Springsteen truly went for broke in 1975 after his first two albums had been critically well-received but less so commercially. Music critic Jon Landau became his producer and joined Bruce with his E-Street band in the studio to make what remains a classic, honest musical expression of hope, dreams and survival.

Lyrically, it’s a dramatic collection of blue-collar tales of love and making ends meet that could only come from New Jersey’s favourite son. He clearly took a few ideas from storytellers like Van Morrison and Bob Dylan but also forged his own uplifting style. In ''Meeting Across The River'', a street tale Lou Reed would be proud of, listeners can ponder on a great deluded hustler’s line: 'That two grand’s practically sitting here in my pocket.' ''Thunder Road'' meanwhile, is almost effortlessly cinematic. In two lines there’s imagery more striking than most songwriters can manage on a whole album: 'In the skeleton frames of burned-out Chevrolets… Your graduation gown lies in rags at their feet.' On the excellent title track familiar BS motifs are returned to, particularly running away and the allure of fast cars, 'Chrome-wheeled, fuel-injected and stepping out over the line…We gotta get out while we’re young.' Few tunesmiths can make a bad situation sound so good.

Like Ry Cooder, over a lengthy career the working-class NJ hero has proved himself to be a remarkably versatile operator. He’s taken on rootsy American folk material, written about 9/11 and, of course, had gargantuan commercial success with Born In The USA. Contemporary bands are never slow in praising him and his influence is still keenly felt. In songwriting terms alone Arcade Fire, REM and Mercury Rev have all clearly borrowed his ideas down the years and it’s unlikely they’ll be the last.