02) The Winner Takes It All 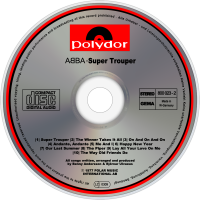 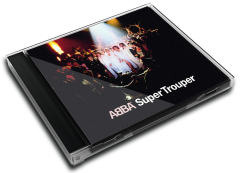 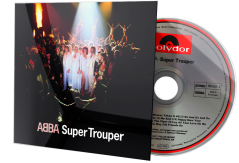 Super Trouper is the seventh studio album by Swedish pop group ABBA, first released in 1980. It features the No.1 singles "The Winner Takes It All" and "Super Trouper". The album became the biggest-selling of 1980 in the UK.
Led by the international hit "The Winner Takes It All", Super Trouper was the group's sixth chart-topping album in the UK. It was also the best-selling album in Britain for 1980. Super Trouper was first released on CD in 1983 by Atlantic Records, again in the 1980s by Polar International, and in the 1990s by Polydor in the USA. The album has been reissued in digitally remastered form four times; first in 1997, then in 2001, again in 2005 as part of the The Complete Studio Recordings box set and as a Deluxe Edition (containing a bonus DVD) in 2011. The previous year's divorce between Björn and Agnetha was explored in "The Winner Takes It All", and the members' lives in Stockholm high society circles coloured the lyrics for "On and On and On". Other well-known songs on the album include the hit single title track "Super Trouper", as well as the electro-dance of "Lay All Your Love on Me".
Probably due to the disco backlash of the time, the album saw ABBA returning to a more straightforward pop sound, as opposed to the preceding (and noticeably more dance-oriented) Voulez-Vous album. The album closed with "The Way Old Friends Do", which was recorded live a year earlier during their 1979 concert tour. Although not released as a single with this album, the song was later released as a single in 1992 to promote the compilation More ABBA Gold: More ABBA Hits. The song was later covered by The Alexander Brothers, the Kingston Trio, Philomena Begley and Faryl Smith.