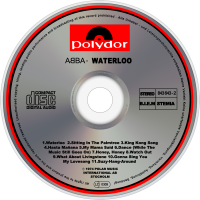 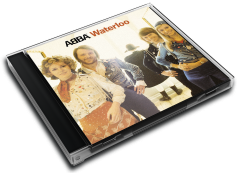 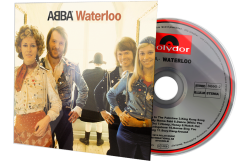 Waterloo is the second studio album by the Swedish pop group ABBA. It was originally released in Sweden on 4 March 1974 through Polar Music. The album's title track won ABBA the 1974 Eurovision Song Contest. Waterloo was first released on CD in Sweden in 1988; a West German CD release followed in 1990 (later released internationally). The album has been reissued in digitally remastered form three times; first in 1997, then in 2001 and again in 2005 as part of The Complete Studio Recordings box set. It was also released as a special 30th Anniversary edition in 2004, celebrating 30 years of the group's victory in the Eurovision Song Contest.
The original 1974 Polar Music edition of the album opens with the Swedish version of the title track and closes with the English language version. The American version of the album, released through Atlantic Records, closes with a 1974 remix of "Ring Ring". In the United Kingdom/Ireland and several other European markets, the original 1973 version of "Ring Ring" was added as track 6 on side 2. The cover features the sub-title "Bjorn, Benny, Agnetha & Frida" although some editions replaced 'Agnetha' with 'Anna' - by which Agnetha Fältskog was known in some countries.
Waterloo peaked at the top of the charts in Sweden and Norway, charting highly in many other countries as well. In 2004, it was certified platinum in Germany, thirty years after its release.
Waterloo was the group's first album released in most countries outside Scandinavia, and the first to be credited to "ABBA" (the band was originally referred to as "Björn & Benny, Agnetha & Anni-Frid". However, to avoid confusion, they were called "ABBA (Björn, Benny, Agnetha and Frida)". The "Honey, Honey" single was the first release to refer to the group as ABBA and nothing else.