Don't Shoot Me I'm Only the Piano Player 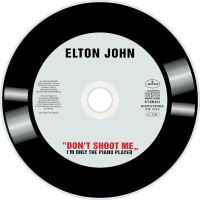 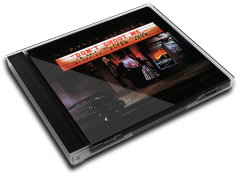 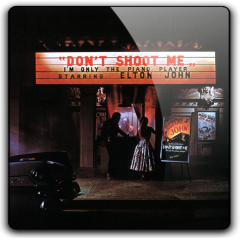 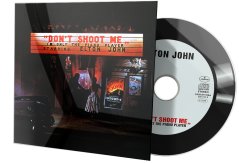 Don't Shoot Me I'm Only the Piano Player is the sixth studio album by British singer/songwriter Elton John, released by DJM Records.

This was John's second straight No. 1 album in the US and yielded his first No. 1 single in both the US and Canada: "Crocodile Rock". "Daniel" was also a major hit from the album, giving him his second Canadian No. 1 single on the RPM Top Singles Chart and just missing the top slot south of the border, stalling at No. 2 on the US Billboard Hot 100 and reaching No. 4 in the UK, one place higher than achieved by "Crocodile Rock". According to writer Philip Norman in his early 1990s authorized biography, "Elton," during a party in Los Angeles, John's friend Groucho Marx jokingly pointed his index fingers at the singer, as if holding a pair of six-shooters. John is reported to have put up his hands and said, "Don't shoot me, I'm only the piano player", so naming the album. (The album's cover photograph, which shows a young couple going to see a fictional movie, "Don't Shoot Me, I'm Only The Piano Player, starring Elton John", also includes a movie poster of the Marx Brothers' "Go West", though whether this was an intentional subtle tribute to Groucho is uncertain).

Once again, the team returned to France to record at the Château d'Hérouville, also known at the time as "Strawberry Studios", which was how the studio was credited in the album's sleeve. The album featured horns arranged by producer Gus Dudgeon on "Elderberry Wine" (the B-side to "Crocodile Rock"), "Midnight Creeper" and "I'm Gonna Be a Teenage Idol", the latter of which was inspired by John's friend, T-Rex frontman Marc Bolan. The horn players were the same ones, in fact, who were used on Honky Château. Paul Buckmaster returned to add strings on "Blues for My Baby and Me" and "Have Mercy on the Criminal". During his Australian concerts with the Melbourne Symphony Orchestra in 1986, John lauded Buckmaster's work on songs such as "Have Mercy on the Criminal", calling the string arrangements "revolutionary".

The album was a huge hit on both sides of the Atlantic, topping the UK and US album charts.Worldwide the album has sold more than 18 million copies. It is one of only two albums to feature just the core band of John, Davey Johnstone, Dee Murray and Nigel Olsson, without percussionist Ray Cooper. The other album is Breaking Hearts in 1984.

An outtake of note was a re-recording of "Skyline Pigeon", which became the B-side to the single of "Daniel".

Critics at the time called some of the performances, especially "Crocodile Rock", derivative, which John freely acknowledged years later. In "His Song: The Musical Journey of Elton John" by author Elizabeth Rosenthal, John said "Crocodile Rock" was written as an overt homage to '50s records, and his vocal intentionally mimicked Bobby Vee. "High Flying Bird" was designed to sound like a Van Morrison record, and "Midnight Creeper" was a tip of the hat to the Rolling Stones.

John toured Australia during 1972 and was so inspired by Daddy Cool's hit single "Eagle Rock" that, with Taupin, he wrote "Crocodile Rock". The cover of this album has a photo of lyricist Taupin wearing a "Daddy Who?" promotional badge.
"Don't Shoot Me..." was also, according to John, the first album during which he felt comfortable experimenting with his vocal performances and style.