From Elvis in Memphis 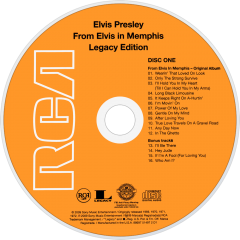 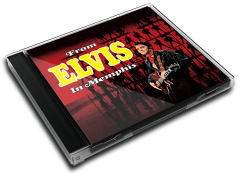 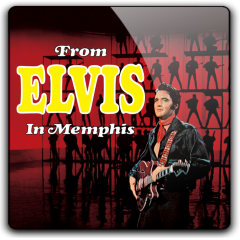 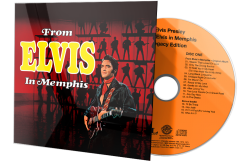 From Elvis in Memphis is the ninth studio album by American rock and roll icon Elvis Presley, released on RCA Records, LSP 4155, in June 1969. The recording of the album, which took place at American Sound Studio in Memphis, between January 13–16 and 20–23, and February 17–22, 1969, was a consequence of the success of Presley's 1968 Christmas television special and its soundtrack, and marked the definite return of Presley to non-soundtrack albums, after finishing his movie contract with Paramount Pictures. Motivated by his early influences in country, rhythm and blues, gospel and soul, the latest music trend in Memphis, Presley chose to record his next songs at the American Sound Studio, directed by music producer Chips Moman. Nearly half of the recordings from the sessions were not released on this album, but were instead released on the double album From Memphis to Vegas/From Vegas to Memphis in October 1969.

The album peaked at number 13 on the Billboard 200, number two on the country chart, and number one in United Kingdom.
In the United States the album was certified Gold on January 28, 1970 by the Recording Industry Association of America. In 2003, the album was ranked number 190 on Rolling Stone magazine's list of the 500 greatest albums of all time.

From Elvis in Memphis has received several positive review from critics. Bruce Eder of Allmusic thought that this album and his 1956 debut album were his best albums. James Hunter, in his for Rolling Stone, felt that the album was composed of several contrasting characteristics but that the Memphis recording method made it all come together. Sputnikmusic's Dave Donnelly felt that the reason the album was so great was that Elvis believed in the songs and said that it was his best album in fifteen years. All of the above review were rated five out of five.