Only by the Night 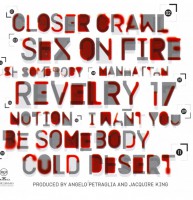 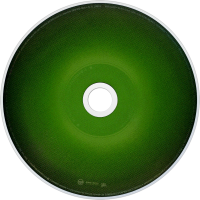 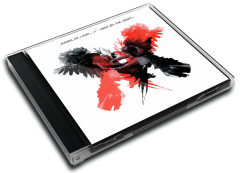 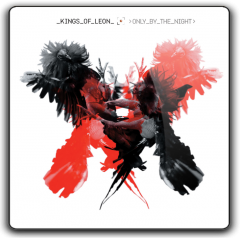 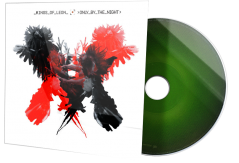 Only by the Night is the fourth studio album by American rock band Kings of Leon, released worldwide in September 2008. Writing for the band's fourth album commenced just days after the release of their third, Because of the Times. The album was recorded by producers Angelo Petraglia and Jacquire King through February 2008 in Nashville's Blackbird Studios.
Only by the Night experienced commercial success, peaking inside the top 10 of over 10 different countries. The album was certified the best-selling album in Australia, certified nine times platinum. It also went on to be the highest selling album of 2008 in Australia, the third best selling album of 2008 in the UK, winning two Brit Awards, and the 18th best-selling album of the 2000s in the UK. Furthermore, two singles from the album have found high chartings, "Sex on Fire" coming in at number one in Ireland, the UK, Australia, and on the United States' Hot Modern Rock Tracks, and at number two in New Zealand. The album's second single "Use Somebody" also charted at number two in the UK, and at number two in Australia, along with being the band's first top 10 hit in the U.S. The album was nominated for Best Rock Album at the 51st Grammy Awards with the song "Sex on Fire" receiving two nominations itself.

User Album Review
The album that the world's been waiting for Kings Of Leon to make.
As if their towering headlining performance at Glastonbury wasn't enough, here comes the Southern-fried quartet's fourth album to prove once and for all that Kings Of Leon are now bona fide world-beaters.
In the context of a career arc this level of creativity makes perfect sense. Their sound has had a good five years to grow from post-adolescent indie to full-blown, manly stadium glory. All those U2 support slots have now been fed back into the machine. And, like U2, a timely change of production team (losing Ethan Johns but retaining Angelo Petraglia) brings a new focus. Nathan Followill's drums have to be one of the most perfect rock engines around at the moment. They never swamp a ticking grower like I Want You but still throw enough flourishes to push the songs into the red. Meanwhile cousin Matthew's guitar scorches the mix like a flamethrower. Filled with string-bending clichÃ©s; but cliches of the most enjoyable sort.
The one thing that really shows the band's confidence is their willingness to slow down and really attack these songs. Caleb claims that medication's effects influenced the writing and indeed, the droning insistence can be almost hallucinatory. Interestingly the first single, Sex On Fire - returning them to the fire and brimstone, gothic territory of their peripatetic father's preacher roots - is the one track that comes closest to the Strokes-aping sound that held them back in the past. But Caleb's muzzy, straining voice pushes them beyond arch post-modern irony from the big city. In interviews Caleb's talked about the boys tackling their ''roots'' again, and this album wears its colours proudly.
The U2 analogies don't stop there. Manhattan, another medium-paced stormer has the Edge's echo-fed lines running through it, albeit with more of the Kings' blues rock swagger. Obviously, the advantage of being American is that you can still believe that rock will save the world.
A minor mid-album lull, caused by perhaps too many slower numbers is broken by Be Somebody: a new wave-ish beauty that ends with a maelstrom borne on the back of Jared's rubbery bass. It only remains for Cold Desert to usher us out of the emotional devastation of this very secular three-chord church, swelling and returning at its end with optimistic verve.
Never overstaying its welcome, Only By The Night is the album that the world's been waiting for the Kings Of Leon to make.