Viva la Vida or Death and All His Friends

10) Death and All His Friends / The Escapist 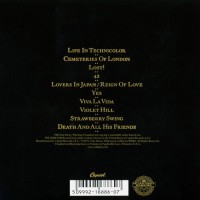 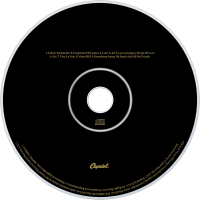 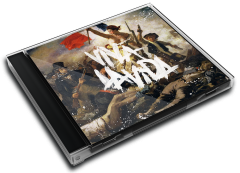 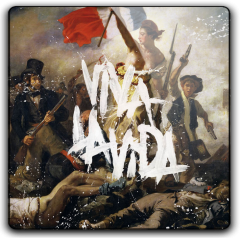 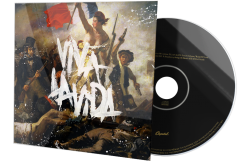 Viva la Vida or Death and All His Friends, often referred to as simply Viva la Vida is the fourth studio album by British rock band Coldplay, released on 11 June 2008 on Parlophone. The album was named after a Spanish phrase that translates in English as "long live life". Lyrically, the album contains references to love, life, death, and war.
Recording sessions for the album took place during June 2007 to April 2008 and featured production by Jon Hopkins, Rik Simpson, Markus Dravs and Brian Eno. The album was the first to be produced by the latter. The band forced themselves to explore experimental styles, as Eno required every song on the album to sound different, and expanded their musical interests while recording Viva la Vida. The band wanted to make the album shorter than 42 minutes. As a result, the album is longer than the length they intended. Development of the album delayed the release date several times.
Viva la Vida was both a critical and commercial success. Five singles have been released in promotion of the album; "Violet Hill" and "Viva la Vida" in May 2008, "Lovers in Japan" and "Lost!" in November 2008, and "Strawberry Swing" in September 2009. "Viva la Vida" became the band's first song to reach number one in both the United States and the United Kingdom. It won Best Rock Album at the 2009 Grammy Awards and was also nominated for Album of the Year.
It was the best selling album of 2008. To date, the album has sold more than 10 million copies. Viva la Vida was re-released on 25 November 2008 in a deluxe edition containing the original album and the Prospekt's March EP.

User Album Review
Paradoxically everything that fuels cynicism about the stadium-proof nature of Coldplay is also what makes them undeniably great. Yes, if you find huge choruses that contain wordless exhortations, ponderous one note bass lines and vaporous lyrics that convey nameless heartache to be the very tools of Satan, then Viva La Vida has much to wind you up. If, however, you're one of their millions of fans then it's an unqualified triumph. The rest of us (and EMI, for whom, allegedly, their very future depends on this selling by the shedload) can also rest easy. For, by bringing Brian Eno onboard as sonic nurse, Coldplay have managed to effortlessly make a record that's accomplished and yet pulls off the same trick that U2 managed when they employed the bald one - massaging their sound into something different enough to keep the formula (and make no mistake it IS a formula) fresh.
Two years in gestation, with a break in the middle to do a bit of cultural tourism (and touring) in South America, Viva La Vida wrong foots you by starting with Life In Technicolour; an instrumental that reeks of Eno's ambience while also utilising something that sounds suspiciously like a zither. The world music tropes are limited however. Cemeteries Of London may have an off-kilter rhythmic undertow and Lost! seems to sport bongos in its mix, yet it's the plaintive voice with its vague sense of regret, the lifts from minor key piano forays into vast, pumping rock and also a strident optimism that people are going to come here for. The band deliver all this in spades: 42 and Death And All His Friends most notably.
Elsewhere it's that patent (and potent) mix of upbeat and fatalistic that reminds you why the band hit the bullseye every time. Only on Strawberry Swing does Chris' chirpiness start to grate.

It all sounds so easy, yet when you imagine the pressure on all concerned to deliver the goods, it's little short of miraculous. Again, cynics may argue that it's Eno's fourth world fairy dust that sugar coats songs that really don't live up to Martin's promise of a very different sound. The string/brass mutations that bolster a track like Viva La Vida may not be a million miles from his mates, The Arcade Fire, but I bet they'd donate several limbs to conjure tunes so sweetly melancholy. Any way you look at it, this is a massive album. Get used to it, you'll be hearing it a LOT over the next two years.