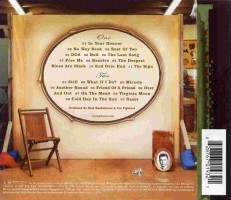 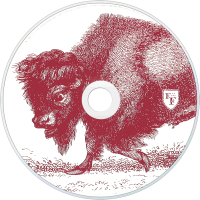 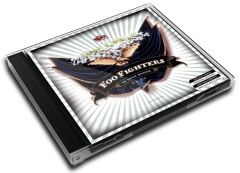 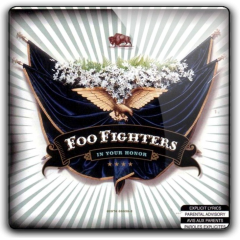 In Your Honor is the fifth studio album by alternative rock band Foo Fighters, released on June 14, 2005 by RCA Records. It is a double album, with one disk containing heavy rock songs and a second disk with mellower acoustic songs. Frontman Dave Grohl decided to do a diverse blend of songs as he felt that after ten years of existence, the band had to break new ground with their music. The album was recorded on a newly built studio in Northridge, Los Angeles, and featured guests such as John Paul Jones, Norah Jones and Josh Homme. The lyrics dealt with both resonating and introspective themes, with a major influence from Grohl's involvement on the campaign trail with John Kerry during the 2004 presidential election.

The promotional tour for the album included both rock shows on stadiums and acoustic gigs on smaller venues. Reviews for In Your Honor were mostly positive, praising the composition and sound, although some critics found the album overly long and inconsistent. The album was also nominated for five Grammy Awards, and topped the charts in five countries - including Australia - and reached the top five in five more, including a number two on both the United States and the United Kingdom.

User Album Review
The buzz surrounding In your Honour is palpable.
A double album; one rock, one acoustic, it's an ambitious undertaking for a band like the Foo Fighters but the intrepid Grohl isn't concerned, hailing it their best album to date.
The single "Best Of You" was our first taste of what was to come and while the band came out of their corner fighting with a song full of Foo Fighters trademarks, the first punch fell short and failed to whip up the same frenzy as previous singles "All My Life" (2002) and "Learn To Fly" (1999).
Thankfully, "In Your Honour", the opening track on disk one, does what "Best Of You" should have and reminds the world what the band is capable of. A promising start, but in the same way "One By One" lost it's way after fifth track "Disenchanted Lullaby", this album also fails to maintain momentum.
"In Your Honour" and "No Way Back" stick out like sore thumbs on a disk that, sadly, is pretty forgettable.
Disk two is better and will undoubtedly prove to be the soundtrack to the summer for many. "Cold Day In The Sun" sees drummer Taylor Hawkins taking over vocal duties. The result is one of the album's best tracks and is as contagious as 1995's "Big Me".
But as poignant as this disk is, it suffers the same fate as the first, with only a few tracks lingering, particularly "Friend Of A Friend" and the infamous Norah Jones collaboration "Virginia Moon" which actually works surprisingly well.
In truth, In your Honour is disappointing because it doesn't live up to the hype. However, there are several songs on this double disk that stand head and shoulders above the rest and truly represent how the Foo Fighters have developed. It's just the songs in between that let the album down and despite declarations to the contrary, In your Honour doesn't surpass their debut or the sublime The Colour And The Shape.
Maybe if they had just taken the best tracks from each disc and put them on one album they might have succeeded.