Darkness in a Different Light 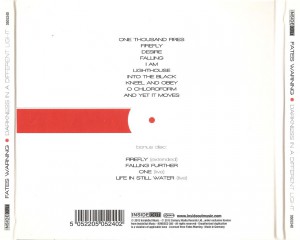 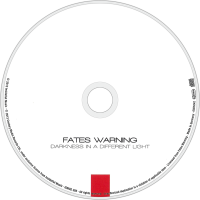 Darkness in a Different Light is the eleventh studio album by progressive metal band Fates Warning, released in 2013 through Inside Out Music. It is the band's first album since FWX (2004), marking the longest gap between two studio albums in their career, as well as being their first studio album with guitarist Frank Aresti since Inside Out (1994); although he appeared on the band's next album Theories of Flight (2016), as a guest, Darkness in a Different Light would be the last to feature Aresti as an official member. Drummer Bobby Jarzombek also makes his debut with Fates Warning on this album, and it is the band's first release through Inside Out Music

Album Review
Progressive metal pioneers Fates Warning finally make their return to the music world with their 11th album, Darkness in a Different Light, released nine years after their last full-length. A lot has changed in the metal world since their last outing, as best highlighted by the band's switch from longtime home Metal Blade to German prog label Inside Out. With the advent of progressive extreme metal, technicality has become more the norm in the metal world, with bands pushing their playing to the limits on a regular basis. And while these bands have no doubt benefited from Fates Warning's aggressive influence on the metal world, they've lost sight of some of the classical elements of the genre. With Darkness in a Different Light, the band rolls back the clock to bring us back to a time when songs felt more like sprawling compositions than theoretical math problems, slowing things down to let the music take on a life of its own as the songs build. This creates a feeling of drama and tension that makes the songs more than just musical thought experiments on the limits of human guitar heroics. While Darkness in a Different Light has a sound that definitely dates the band, it's good to see Fates Warning continuing to do their own thing. For some bands, the impulse to try chasing down the pack might lead to a real disaster of an album, but given how far ahead of everyone else they started out, their return finds them coming back to a metal world that might have moved on, but hasn't left them behind.