02) The Process of Suffocation 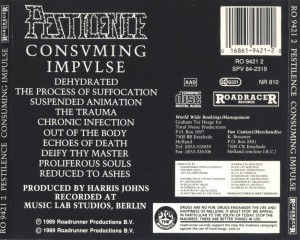 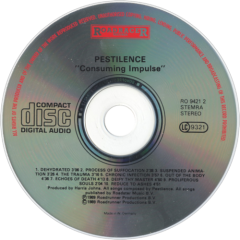 Consuming Impulse is the second album by Dutch death metal band Pestilence, released in 1989 in Europe via Roadracer Records. This album saw the band starting to transition away from the thrash metal sound of its predecessor Malleus Maleficarum (1988), towards a death metal style that would be used and expanded on their subsequent albums.
It was reissued along with Testimony of the Ancients on Roadrunner Records' Two from the Vault series. Decibel gave positive reviews to it as a cult classic.