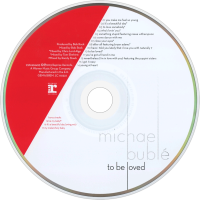 To Be Loved is the eighth studio album and sixth major label studio album by Canadian vocalist and songwriter Michael Bublé. The album was released in the United Kingdom on April 15, 2013, before issuing in Canada on April 22 and the United States on April 23. The album was preceded by the release of the lead single, the original composition "It's a Beautiful Day", released on February 25, 2013. The album features four original songs and ten cover versions