Brighter Than a Thousand Suns 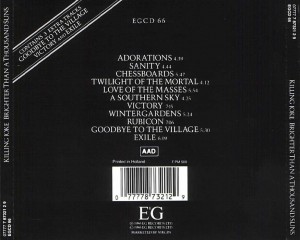 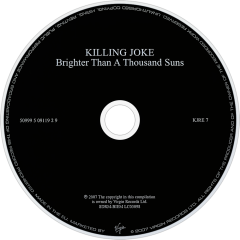 Brighter Than a Thousand Suns is the sixth studio album by English post-punk band Killing Joke, released in November 1986 by E.G. Records. It was their first album to be distributed through Virgin Records. It entered the UK Albums Chart at number 54 on 22 November 1986, staying for one week. It was produced by Chris Kimsey, who had produced the band's 1985 album, Night Time.